This week I was updating exercise structure in the Robotics Academy repository, so that students can start using packages that were added as well use new API commands.

Additionally, several config files are included in the main exercise folder. If neccessary, they can be updated right there.

Solution using these commands is shown in the following video: 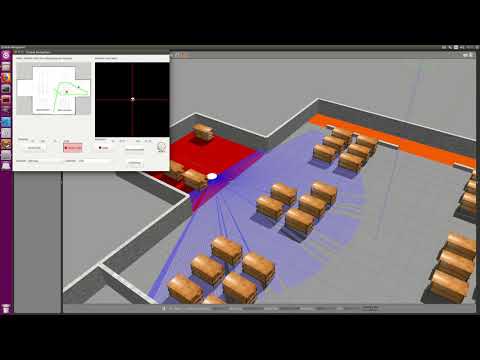 Further updates to the exercise

To make exercise more realistic, we have decided to add the following updates to the exercise:

I have found out how we can run shell commands in Python and spawn new objects in Gazebo world:

I just will have to spawn our pallets in the same way.

Additionally, dynamic_reconfigure package can be used in the same way if it will be required later.